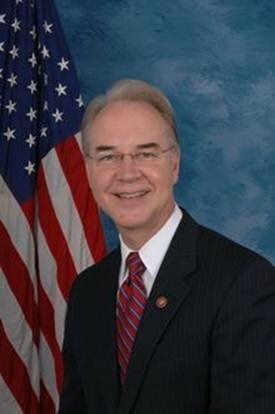 Want to hear from one of the heroes of the conservative arena of Congress ? One who, hours before New Jersey Gov. Chris Christie tore into House Speaker John Boehner for pulling the plug on Hurricane Sandy aid, was getting his licks in from the GOP right.  U.S. Rep. Tom Price was on WMAL in Washington, a conservative talk-radio station aimed at the D.C. elite, to discuss Tuesday’s House vote on the fiscal cliff.  Price voted against the measure and his speaker – as did every GOP member of the House from Georgia. But Price, who became vice-chairman of the House Budget Committee in Congress, is undoubtedly the most ambitious member of the Georgia delegation. Awakening is privileged to have Rep. Price as our keynote Sunday speaker!

Congressman Tom Price is recognized as a vibrant conservative leader in Georgia, focused on common sense.Sticking with bold solutions, Price has actively and aggressively fought for patient-centered health reform. He is the primary author of H.R. 3000, the Empowering Patients First Act, which would solve the remarkable challenges America faces in the realm of health care without putting the government in charge. He understands the imperative for a system that maintains the highest quality care in the world while maintaining the patient-doctor relationship.

Price has also championed the FairTax. Americans spend millions of hours and billions of dollars each year trying to comply with a tax code we all know is broken. The FairTax would replace our current patchwork of income, payroll and death taxes, eliminating the need for the IRS entirely. This would lower taxes and greatly simplify the tax code by putting more money in the pocket of hardworking taxpayers and producing an unprecedented economic boom.