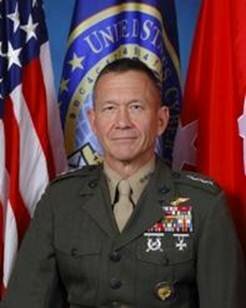 The threat of a cyber attack is as dangerous and MORE likely than an nuclear attack.  What is a credible cyber threat? Who are our greatest threats for these attacks? How does a cyber attack manifests its danger?  THIS is the session to answer and inform you.

Formally activated at Fort George G. Meade, Maryland on May 21, 2010, U.S. Cyber Command is responsible for all offensive and defensive operations in cyberspace. Most of its efforts are defensive in nature, trying to protect the computer and telecommunications systems of the U.S. government from cyber-attacks from abroad. But its most secretive work is its offensive component, which is responsible for carrying out limited or full-scale cyber-attacks or denial operations against foreign targets if so directed by the President of the United States.

U.S. Cyber Command inherited this offensive mission in 2010 from a small but very secretive unit called Joint Functional Component Command – Network Warfare (JFCC-NW), which had been activated without any publicity at Fort Meade in January 2005 to perform this highly sensitive function. It is interesting to note that General Davis was the deputy commander of JFCC-NW from 2006 to 2008. He knows a thing or two about cyber warfare. It was General Davis’ JFCC-NW that took down the entire communications network of the Iraqi insurgents in a coordinated cyber-attack in the spring of 2007 just before General David Petraeus launched his successful Baghdad surge offensive. This shows that cyber war is not science fiction.