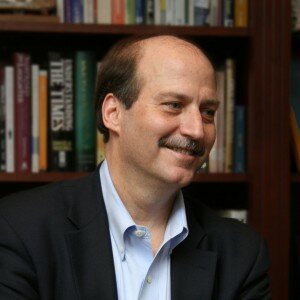 Wade F. Horn, Ph.D., is a director in Deloitte Consulting LLP’s Public Sector Practice, focusing on helping state governments provide effective and efficient health and human services that are client-focused and compliant with federal laws, regulations and reporting requirements.  Prior to coming to Deloitte, Dr. Horn served from 2001 to 2007 as the Assistant Secretary for Children and Families within the U.S. Department of Health and Human Services (HHS) where he oversaw over 60 federal programs with a combined budget of $47 billion aimed at improving the well-being of children and helping families achieve self-sufficiency, including welfare, child welfare, adoption, child support, Head Start, child care, and refugee resettlement.  From 1994-2001, Dr. Horn was President of the National Fatherhood Initiative (NFI) whose mission is to improve the well-being of children by increasing the number of children growing up with involved, committed and responsible fathers. From 1989-1993, Dr. Horn was the Commissioner for Children, Youth and Families, and Chief of the Children’s Bureau within the United States Department of Health and Human Services. Dr. Horn also served as a Presidential appointee to the National Commission on Children from 1990-1993, a member of the National Commission on Childhood Disability from 1994-1995, a member of the U.S. Advisory Board on Welfare Indicators from 1996-1997, and a member of the U.S. Advisory Board on Kinship Care from 1998-1999.  Prior to these appointments, Dr. Horn was the Director of Outpatient Psychological Services at the Children’s Hospital National Medical Center in Washington, D.C., and an Associate Professor of Psychiatry and Behavioral Sciences at George Washington University.  Dr. Horn also has served as a member of the U.S. Advisory Committee on Head Start Research and Evaluation, an adjunct faculty at Georgetown University’s Public Policy Institute, and an affiliate scholar with the Hudson Institute.