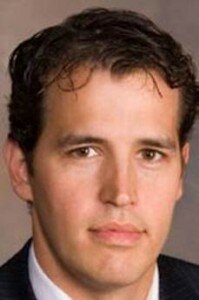 John Pellicciotti moved to Germantown in 1977 and has lived there for almost 25 years. Having attended Germantown schools, his roots run deep in our community. John graduated from the University of Memphis in 1995 with a degree in business and has worked in the technology industry for 15 years. He returned to the University of Memphis and is in the process of finishing his Master of Arts in Political Science. He also owns an auto body repair shop doing collision repair and classic car restoration. John is an active member at Hope Presbyterian Church.

Mr. Pellicciotti has long been an advocate for conservative values in our community. His involvement in the community started early as a Boy Scout where he earned his Eagle Scout. He has continued that servant attitude through serving on various boards including the Rotary Club, Neighborhood Christian Center, Success for Charter Schools, and the Junior Chamber of Commerce. Furthermore he has extended his service around the globe by co-founding and serving as Vice President of Help the Least of These, a non-profit dedicated to helping the extreme poor around the globe. Recent projects have included opening an orphanage for 60 children and a preschool serving over 120 children in the slums of Nairobi.